As component shortages head from bad to worse, a new crime phenomenon is emerging. 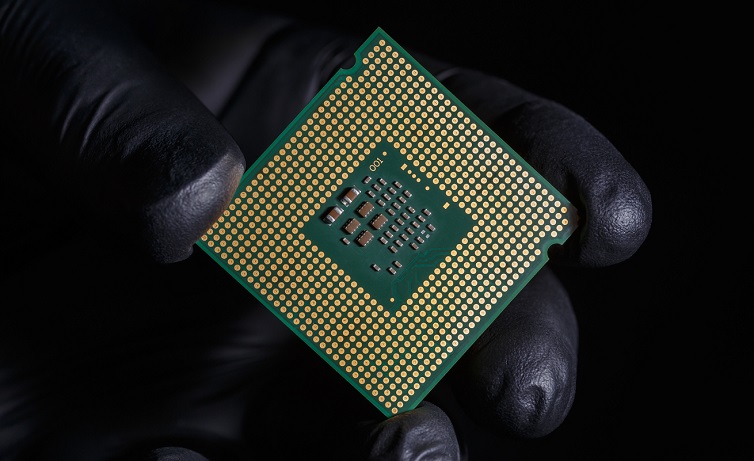 From a gang hijacking a truckload of valuable semiconductors to smugglers wrapping themselves in 100s of CPUs using cling film, criminals are coming up with inventive ways to exploit soaring microchip values.

The unfortunate combination of a global pandemic, trade wars, and extreme weather events has driven up demand for many semiconductors to an all-time high. Richard Barnett, CMO at Supplyframe, operator of Findchips.com, has predicted that shortages will continue to cause increased lead times and supply constraints for the coming months.

Continued shortages mean that the value for some electronic components is outperforming gold and other precious metals. This situation has not gone unnoticed by criminals, ranging from organised gangs to opportunistic individuals. In this blog, we look at three examples of growing electronic component-related crimes.

This summer in Hong Kong over $650,000 of electronic components were stolen in a well-organised heist executed by a criminal gang. Several gang members ambushed and attacked three delivery workers, fleeing with the workers’ truck which contained a valuable haul of semiconductors. The unfortunate delivery drivers had been employed by a logistics company to transport 14 boxes of electronic components worth $650,000 US dollars to an industrial building in a small village near one of Hong Kong's busiest expressways. It is suspected that the relevant information was leaked to the criminal gang who carried out the robbery.

Some criminals are realising that smuggling small electronic components can be highly lucrative and less risky than drug smuggling, as it carries less severe penalties. In June, two drivers crossing the Hong Kong-Zhuhai-Macao Bridge attempted unsuccessfully to smuggle a total of 256 Intel Core i7 10700 and Core i9 10900K CPUs across the border, worth around $125,000. The hapless smugglers were stopped and searched due to their suspicious behaviour. They were then found to have strapped hundreds of high-end processors all over their bodies with cling film.

During the same month on the same border, there was another attempt to smuggle nearly $140,000 of Intel chips. A month later, a whopping haul of computer parts, valued at around $4 million, was seized at the Lok Ma Chau Control Point which separates Hong Kong from mainland China. Approximately 2,200 CPUs and 1,000 memory chips were found hidden among ten cartons full of other declared random electronic parts.

Counterfeit components on the rise

Fraudsters will rarely miss an opportunity to jump on a bandwagon when a product is in high demand and short supply, and semiconductors are no exception. As some of the usual sources for electronic components dry up, manufacturers and distributors are casting their nets more widely, turning to less traditional channels to get hold of the components they urgently need.

Adam observes: "the global electronic shortages will open the door for criminals to take advantage of sky-high values for some sought-after components. Many of our customers are already telling us that they are noticing an increase in counterfeit components finding their way onto the market."

With this in mind, manufacturers and distributors will need to be particularly vigilant in the coming months, especially when sourcing semiconductors from less conventional providers.

Sell your surplus electronic components while prices are high

Do you have surplus electronic components to sell?

If you have excess electronic inventory taking up space in your warehouse, now is the time to sell while many components are in high demand.

For a free valuation of your excess electronic component inventory, contact our expert team at CCL here.